The City of Helsinki aims to increase the share of cycling in city traffic. The introduction of the city bike service in the summer of 2016 supports this objective.

To register as a user of the city bike system, visit HSL's website at www.hsl.fi/en/citybikes. A bike can be acquired at a bike station with a cyclist code provided upon registration or with HSL's travel card and a key code. At five stations, a bike can be obtained with a payment card, without registration.

The city bike is a joint-use bike for people travelling in the Helsinki inner city area, both residents and visitors. The city bike system complements the public transport services and generates benefits in terms of travel time and health.

Initially there are 500 city bikes at 50 bike stations. The stations are located in the Helsinki inner city area, which borders Ruoholahti in the west, Taka-Töölö in the north and Sörnäinen in the east.

In Helsinki, the system will expand significantly in May when 88 new stations will open, mainly in northern and eastern parts of Helsinki. After the expansion, there will be about 345 stations and 3,450 bikes in Helsinki and Espoo.

City bike service in Vantaa will start on 3 June. There will be 1,000 bikes and about 100 city bike stations. The stations will be located in Tikkurila, Aviapolis, Myyrmäki, Kivistö and Koivukylä.

The bikes can be picked up and returned using the HSL card and a mobile app. The Vantaa system is not compatible with the system in Helsinki and Espoo and you cannot mix bikes from the two systems.

Cycling increases happiness of city dwellers The city bikes are very popular because using them is quite easy. Check on the map the available city bikes and their bike stands. The first number tells the number of bikes available and the last number the total amount of bike places.

www.hsl.fi/en/citybikes, registration as a user and instructions.

Check on the map the available city bikes. 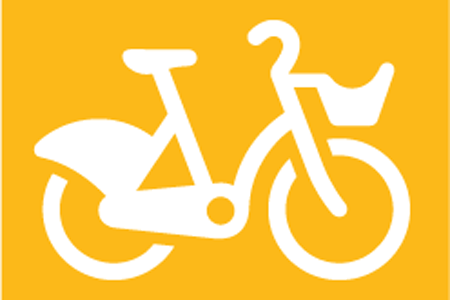 The municipalities of the metropolitan area and HSL have prepared a cycling marketing strategy for 2016–2020. The objective of the strategy is to boost cycling and increase travellers' understanding for each other. Cycling is promoted, for example, by expanding the Baana network, improving bike parking and by means of city bikes, whose yellow colour is a brand colour used consistently in the communications.